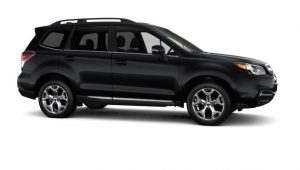 Yesterday, I made my rounds from Gettysburg to Lancaster and back to Harrisburg, as I am wont to do on the second Thursday of each month.  I visit clergy groups in the different regions of our diocese on Thursdays, and these meetings are some of the best moments of my month as I learn about how God is moving in the churches and communities of our diocese, and how our clergy are doing as the ordained leaders of our congregations.  These meetings, like my Sunday morning visitations, reveal the “why” of what I do the rest of the week in my office in Harrisburg.

Our diocese has a black Subaru Forester which has been provided to me to get me where I need to go. Recently, I’ve been watching some Westerns and I’ve noticed the importance of the relationship between the cowboy and his horse.  Watch: in most Westerns, at some point, the “good guy” (he’s usually wearing the white hat) will do some little thing to show you his care for his horse (pats the horse on the neck, is shown giving it a rubdown, etc.) which builds credibility and compassion for the Good Guy.  The Bad Guy (black hat) never does that. He just gets on his horse and rides.  But I digress.   My Subaru is my horse. And I try to treat it well.  I’ve got all sort of stuff in the car that I need for a job that commands a lot of driving:  a big atlas, an extra quart of oil and gallon of washer fluid, a roll of paper towels, a legal pad for notes, a blanket, bottles of water, cds, hand cream, chapstick, a couple of granola bars, and, in these winter months, a bag of kitty litter to give me traction to get out of a muddy or snowy or icy ditch.  I also carry, of course, a briefcase, a lunchbox and a pocketbook.

There is a point-a theological point, even- to this story.  I promise.

Years ago-  16 years ago-  I co-led a youth group at the church where I served as seminarian intern and, later, as curate.   My co-leader Jim was a smart guy in his late 40s with a deep faith and, theologically and ecclesiologically- speaking, somewhat more conservative than I.  We got along just fine, and the kids enjoyed the programs that we had planned for them.  We had a lot of good conversations with these kids, and they were exceptionally open and willing to share their thoughts, concerns and ideas.  My co-leader would often get these conversations started by offering something from his own life and faith-practice.  One time, when we were talking about God’s presence in our lives, he shared with us that each time he got behind the wheel of his car, he would reach over and buckle the seatbelt on the passenger side of the car.  Jesus, you see, was his co-pilot, and he wanted to keep him safe.  This was a regular practice for Jim.

I thought of Jim yesterday when my car started pinging.  And then, in the subsequent hour’s long drive, I mused on the concept of the immanence of God.

I often pray at the beginning of meetings that we will “hear the voice of God on the lips of those in this meeting” and I believe that God is with us, always.  I seek God in the quiet of the evening as I review the day that I have had, in my minds’ eye, trying to recall the moments of grace and the chinks of light in the course of the day that might have given me a glimpse of God.

I spend a lot of trying talking to and praying to the God who is transcendent.  Away from me.  The One to whom I appeal. The One to whom, in my human frailty and puniness, I know is more powerful than I.  I don’t expect that God will grant me the desired outcome of my every prayer, but in my humanity, I know no other way but to cry out to the One whom I believe possesses “the kingdom, the power and the glory,” and can make all things new.  That is, for me, the “utility” of the transcendent God.

The immanent God, the one whom my friend Jim buckles into his front seat, is a different story.

The immanent God is the One with whom I have an immediate and tender relationship.  The one who gives me confidence and companionship, who brings Hope in times of desolation and despair, and who shows me the beauty and grace in my companions on the way.   God, of course, is not these two separate things- transcendent and immanent-  but One.

John Macquarrie, a Scottish theologian of the 20c., has written a lot about the God as “Being,” and about how we relate to both the God who has created us (“beings”) and who is always with us, in a dynamic relationship.  In the first frame, God is unmoveable.  But in the second, immanent frame, God’s Being is pliable, moved by God’s created beings.  It is a concept better outlined by the author, himself, (and I’ve included a short section of his work, below), but for those of us who are every-day theologians, practicing our faith in response to God’s gift of salvation and trying to make sense of it all, there is a helpfulness in thinking about the God of transcendence and the God of immanence.

In your own framework for God, how are you in relationship?  For some, this idea, of being “in relationship with God,” as though we mere mortals even had a choice, seems heretical.  And while I am not one to buckle God into my Subaru, I am aware, daily of God’s presence in my life.  How about you?

One final note:  If God were going to ride with me, I’d let God drive.

Here’s a bit of Macquarrie:

“At this point we must try to clarify the notions of transcendence and immanence as applied to God’s relation to the world. In calling God “transcendent” we mean that he is other than the world, indeed, that there belongs to him a different order of being; and further that God’s being is prior to the being of the world. It seems to me that both of these points are adequately recognized in the understanding of God as being. Being is of a different order from the beings, and the dynamic letting-be of being is prior to the derivative existence of the beings, whether persons or things. The concept of transcendence implies therefore that there is an element of asymmetry in God’s relation to the world, and clearly this is essential to any truly theistic view, as opposed to a pantheistic one. But it does seem to me that in much traditional theism transcendence was stressed to the point at which any conception of immanence was almost lost. The traditional view worked with what might be called a “monarchical” model of God, that is to say, God was conceived as an exalted being bearing absolute rule of another being, the world — though admittedly this other being was of a different order. Still, both were beings, and the relation between the two was conceived as entirely asymmetrical: God affects the world, but the world does not affect God; God is entirely self-sufficient, so that the world adds nothing to him; the world is a product of the divine will, quite external to God and with the suggestion that God might have created or refrained from creating and it would have made no difference. It is at this point that the dialectic of theology demands that we take up the question of God’s immanence. If we understand God as being, then his immanence in the world is just as fully recognized as his transcendence; the relation is that of being to the beings rather than that of one being to another, and we have seen that being is present and manifest in the beings. The traditional monarchical model is then qualified by what may be called an “organic” model of the God-world relation. This alternative model allows for some elements of symmetry and reciprocity in the relation of God and the world: God cannot be conceived apart from the world, for it is his very essence (letting-be) to create; God is affected by the world as well as affecting it, for creation entails risk and vulnerability; God is in time and history, as well as above them.”

From Principles of Christian Theology  John Macquarrie, 1977 Ch. 5, “Being and God”