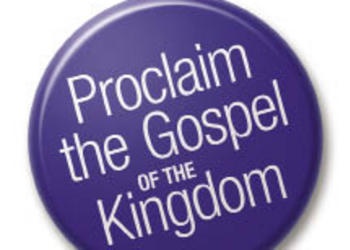 Be careful what you ask for, I reminded myself,

because, you may actually get it.

Yesterday, on Face Book, I invited suggestions for topics for future blog posts. Coming off of an 8-week series on the Way of Love in which each week’s topic was prescribed in advance, I felt a little panicky, returning to the free range of “faith and life” which, most weeks grants a delicious freedom in writing about whatever is on my heart and mind…and, on other weeks throws up a writer’s block that is about as impenetrable as a brick wall.

I asked for suggestions, feeling a little at odds.

I got dozens of replies suggesting a wide variety of topics:  expositions on scripture’s greatest hits like the Beatitudes and the 10 Commandments, invitations to reflect on this coming Sunday’s lesson of the widow’s mite, broad, “softer” topics like the spirituality of cooking (a favorite of mine) and… you know, the one that’s been on everyone’s mind-  Politics. Civil discourse. Voting. Preaching Politics. What happened in the voting booths on Tuesday. How we live faithful, Christian lives in the midst of a political climate that does not, in the eyes of some, reflect the life and teachings of Jesus.

The one that about which I’ve not yet offered comment. The topic on which I have not blogged because it is so divisive.  That one.

Politics is, by definition, “1. The activities, actions and policies that are used to gain and hold power in a government or to influence a government.  2. A person’s opinions about the management of government.” (Merriam-Webster)

There are many who say that politics do not belong in church and certainly not in the pulpit.

There is a narrative that argues that since our country was founded as a bastion of religious freedom, that there should be a dividing wall between the subjects of civic life and religious life. (For more on the topic of how religion came ashore with the country’s first settlers, follow this link to an excellent article by Kenneth Davis titled “America’s True History of Religious Tolerance” in the Smithsonian Magazine [Oct 2010] that describes the “awkward, frequently embarrassing and occasionally bloody tale that most civics books and high-school texts either paper over or shunt to the side. https://www.smithsonianmag.com/history/americas-true-history-of-religious-tolerance-61312684/)

Amanda Porterfield, author of Conceived in Doubt: Religion and Politics in the New American Nation, writes,

While it is true that the original colonies were founded as outposts of a Christian nation, with American independence, however, the British monarchy lost control over its American subjects. Champions of American liberty then celebrated their religious as well as political independence.

Thomas Jefferson argued for the separation of Church and State, and the First Amendment to the Constitution, the anchor for our Bill of Rights, declares that there should be freedom of religion and speech, not the laying on an entire people one religious edict or theological frame.

Jefferson explained his support for religious freedom in practical terms: “(I)t does me no injury for my neighbor to believe in twenty gods or no God. It neither picks my pocket nor breaks my leg.”  Jefferson discontinued the practice of proclaiming days of fasting and thanksgiving started by George Washington and John Adams.  Believing that religion was a very personal matter in which the government had no business meddling, Jefferson was vilified by his opponents for his role in the passage of the 1786 Virginia Statute for Religious Freedom.  In his 1803 “Wall of Separation Letter” to Danbury (CT) Baptists, he wrote:

Legitimate powers of government reach actions only, and not opinions, I contemplate with sovereign reverence that act of the whole American people which declared that their legislature should “make no law respecting an establishment of religion, or prohibiting the free exercise thereof,” thus building a wall of separation between Church & State.

The purpose of separation of church and state is to keep forever from these shores the ceaseless strife that has soaked the soil of Europe in blood for centuries.

More than 150 years later, our first (and only) (Roman) Catholic president, JFK, weighed in on the matter:

I believe in an America where the separation of church and state is absolute – where no Catholic prelate would tell the President (should he be Catholic) how to act, and no Protestant minister would tell his parishioners for whom to vote – where no church or church school is granted any public funds or political preference – and where no man is denied public office merely because his religion differs from the President who might appoint him or the people who might elect him.

I believe in an America that is officially neither Catholic, Protestant nor Jewish – where no public official either requests or accepts instructions on public policy from the Pope, the National Council of Churches or any other ecclesiastical source – where no religious body seeks to impose its will directly or indirectly upon the general populace or the public acts of its officials – and where religious liberty is so indivisible that an act against one church is treated as an act against all.

(from JFK’s speech to the Greater Houston Ministerial Association, September 12, 1960)

There are laws in our country that require preachers to hold their tongues.  In order to qualify and maintain tax-exempt status, a church or other religious entity may not intervene in political campaigns.

A guide from the Pew Research Foundation called Preaching Politics from the Pulpitsays:

Here is… what religious organizations can do within limitations under tax codes:

Bottom line: If a religious organization, online or offline, violates political campaign intervention laws and shows political bias, the organization is subject to lose its 501(c)(3) tax-exempt status, and its annual income may also become subject to income tax as well as an excise tax.

So, that’s a taste of the historical and legal footing on why politics and preaching don’t mix.

But it’s never that simple.

Many of us look to our faith to inform how we live in the world.

Many of us come to church hoping for a word in a sermon that will break down the Scriptures for us, inspiring us and giving us insight into how to apply the tenets of our Christian faith.

Many of us do not find it as easy as Thomas Jefferson and James Madison and John F. Kennedy to bifurcate our civic and religious lives, and actually, we strive to live as integrated, whole people.

We want to wrestle with topics of faith and scripture and religion as they are relevant in the world outside our red doors, the world into which we are sent, each Sunday to “love and serve the Lord.”

And we want to understand how concepts like “Love your Neighbor as yourself” and “Seek ye first, the Kingdom of God,” play in a place where we are challenged by economic disparities and racial divides and policies about who can and cannot come into our country.  We want to discover how to follow the Christian Way as outlined in the first century by St. Paul who, in his letter to the Romans wrote, “Bless those who persecute you; bless and do not curse them.  Rejoice with those who rejoice, weep with those who weep.  Live in harmony with one another; do not be haughty, but associate with the lowly; do not claim to be wiser than you are. Do not repay anyone evil for evil, but take thought for what is noble in the sight of all.  If it is possible, so far as it depends on you, live peaceably with all. “(Romans 17: 14-18)

I don’t think that we can separate Jesus and his teachings from politics. Jesus was, essentially, killed for his political beliefs that challenged the status quo and that put up against Caesar, a Kingdom based on a politic of love, compassion, inclusion and justice for the oppressed and downtrodden.   And so, when we say that we follow Jesus as Lord, we ascribe to the politic of Love which, from time to time, comes into conflict with how we see our civic government operating.  And we are torn.

The ordination vows that I took as bishop charge me to “boldly proclaim and interpret the Gospel of Christ, enlightening the minds and stirring up the consciences of the (your) people.” (BCP 518).  And I do so at the peril of upsetting the apple cart.   I don’t do it from the pulpit, often, for the reason that as bishop, I have a different kind of ministry.  It is a transient ministry in which I appear in any one of our churches just once every other year.  I do not have the luxury of a continuing conversation with our congregants, as rectors do, and I do not have the solid basis of formed relationships which, for me, are essential for engaging challenging topics.  Nor do I ever want to work from a “bully pulpit” in which one, privileged voice (ordained) gets the sole shot at voicing an opinion. This is especially egregious for a transient preacher.  And so, I write-  Pastoral letters, blog and essays that allow for a return engagement on ideas about Jesus and his Gospel which is the foundation of my life. When we follow Jesus’ gospel, we will necessarily engage issues of gun violence, poverty, environmental degradation, racial injustice, gender injustice, and access to healthcare- because those issues that affect our common lives, and issues about which we have a responsibility to integrate the teachings of the One whom we follow into the way that we live.

I endorse wrestling with issues of our common life in Church, especially in a forum where we can have an exchange of ideas based in civil discourse. Our own Prince of Peace Memorial Church in Gettysburg has been taking the lead on this in their work in a project called “Politics, Facts and Civility” that teaches how to talk across political divides; they have garnered national attention for this work. https://www.npr.org/2018/10/27/661352357/politics-facts-and-civility-a-lesson-in-engaging-in-discourse  This is so healthy, and good.

I think that, today, many people come to church to seek solace and to shut out the world for an hour or two.  I am guilty of seeking that same solace last week when, following the shooting at the Tree of Life Synagogue, I could not wait to melt into the pews at St. Luke’s Church in Mount Joy and sing Taize chants in the soft candlelight. The words of the chants that we sang and meditated to included phrases like “Bless the Lord, my soul, who leads me into life… Sing, Praise, and Bless the Lord…In God alone will I trust…”  The joining of our voices, the repetitive sound of tuneful melody, the quiet assurance with which we sang and prayed was comfort for our ragged, stretched and battered souls.  I left that service feeling refreshed and having received a measure of healing.

And still, we cannot look to Mother Church to merely pacify us with a warm blanket of chant and candlelight.  Refreshed and renewed, we are to use that measure of healing to strengthen us to “do the work that God has given us to do” (BCP pg. 366) living, loving and serving as Christ’s heart and hands in the world.